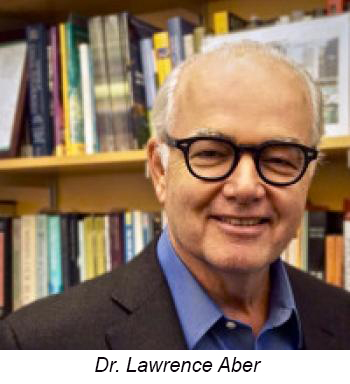 Dr. Aber is an advisor to Mind in the Making and Bezos Family Foundation’s other early learning program, Vroom. He has been a tireless advocate and researcher on poverty-reduction strategies for more than three decades. He was also on the 15-person panel that advised on the groundbreaking 2019 National Academies of Sciences, Engineering and Mathematics report: A Roadmap to Reducing Child Poverty.

On March 11, the American Rescue Plan Act was signed into law. Several elements of this time-limited legislation have been widely heralded as having the potential to cut child poverty in half. Within the bill, the 2021 Child Tax Credit provisions have been described as a “revolutionary in the way the U.S. government regards minors.” In short, this law:

To learn more about the research behind this approach, Elyse Rowe, director of communications and Ellen Galinsky, chief science officer at the Bezos Family Foundation sat down with internationally recognized expert in child development and social policy, Dr. Lawrence Aber of New York University. Among his many accomplishments, Dr. Aber previously served as director of the National Center for Children in Poverty at Columbia University and was part of the panel for the National Academies of Sciences, Engineering and Mathematics groundbreaking 2019 report: A Roadmap to Reducing Child Poverty, which was instrumental to the passage of 2021 Child Tax Credit provisions. He's also an advisor for Bezos Family Foundation's early learning programs.

Question: You have researched issues related to child poverty for over 30 years. Can you tell us about the role research has played in supporting this new policy approach?

Back in the mid-1990’s, when I was the Director of the National Center for Children and Poverty, one could only dream of drawing upon a set of clear and strongly evidence-based policy ideas that could actually improve the problem of childhood poverty dramatically.

Since then, there’ve been hundreds of researchers in the country, myself included, who have been working on this in one way or another. These studies included: 1) descriptive, “accounting“ studies showing that investments can actually lead to, or at least be associated with, poverty reductions; 2) studies of the effects of poverty on the developing brain, and 3) causal studies showing that if you reduce child poverty, you improve kids' health and development. It took 25 or 30 years of persistent work to accumulate this kind of research base.

Question: Tell us about the studies you conducted.

These and many other studies in the fields of developmental science, social science, behavioral science, policy science, economics, communication science as well as decades of policy experimentation laid the groundwork so that the National Academies of Sciences consensus report could be written.

Question: You were part of the 15-member expert panel authoring this report. Tell us about its findings.

It basically found three things: The first is that poverty causes child health and development problems. CAUSES. It is not just a correlation. That is a huge scientific conclusion.

Second, we found that current policies reduce child poverty. But you have to measure child poverty in a different, more accurate way than the method used for decades, the “official poverty measure”. The new, more accurate “supplemental poverty measure” takes into account the benefits received by families and the expenses they had to pay like health insurance and child care.

The third thing we found was that the nation could create packages of policy proposals that reduced child poverty and had a positive effect on employment among low-income workers. Historically and politically, some researchers and policy makers made the argument that if you increase cash benefits to families, they'll quit working. No, they won't; not if you implement the right packages of policies.

In addition, the National Academies of Sciences report found that if you give families a tax relief credit or allowance per child on a monthly basis, families do not spend this new income on “vices”. Rather, they spend the money on things like food, rent and not accumulating debt. It is income instability, as much as low income, that is damaging to families. With a lump sum paid annually, it is used productively to pay off big debts and/or to make purchases of durable goods that are very expensive, like a new refrigerator or perhaps now, for internet access for their children. The consistent monthly payments, I think, are better for reducing family stress.

Question: Besides the strong evidence base, what other factors may have helped move this policy forward?

I think the last year has shown that an enormous number of people, through no fault of their own, are vulnerable to shocks that turn over their life, their family's life, and their community's life. So many people have been driven into poverty through no fault of their own. The pandemic and the resulting economic crises are exogenous to them; they are not caused by them. This seems to have changed the moral calculus for some people about supporting families and communities under severe economic stress.

Question: In a sentence or two, what should families and other people know about this?

Families should know this is a program to especially help people with lower incomes, but it is also a program to help middle-income families too. So, the fact that eligibility for the child tax credit goes up to $75,000 (for single parents or couples earning up to $150,000) before starting to fade out covers the vast majority of families with kids. The child tax credit is the single biggest anti-poverty tool in the new policy, but improvements in SNAP and child care support, and increases in the earned income tax credit and housing subsidies—these are going to have important anti-poverty effects, too.

Question: Now that the law is passed, what comes next?

Job one is optimal and equitable implementation so everybody who is eligible for these benefits gets them.

Planning for making the provisions permanent is job two. These first two jobs are places where philanthropic and advocacy efforts can play a role.

Third, we should not use lifting some children above the poverty line as the only indicator of success. We also have clear evidence from our report that some of these policies do a better job of lifting kids out of deep poverty than they do out of poverty, and other policies should be considered to help families move from near poverty into self-sufficient, economically stable households.

Fourth and finally, by order of Congress, the report focused solely on strategies that could reduce child poverty within 10 years. There are other strategies, like investments in early childhood and improving school achievement—meritorious in their own rights—that could be seen as part of a longer-term child poverty reduction strategy.

Question: A year from now, what would you hope to see?

I would hope that Americans experience the implementation of a child tax credit as something that is good for the whole nation—not only for kids and families experiencing poverty. And that we continue to see consolidation of the notion that poverty is affected by big exogenous factors that can happen to any of us or any community, albeit with differential effects. I hope we are solidifying our commitment to strategies that offer a form of social protection against those big exogenous forces, and that the provisions either become permanent or get negotiated so that they are not degraded, but gain broader political support and are implemented.

This involves an ideological shift in the philosophy of public policy. The child tax credit, the child poverty reduction provisions, are both a contributor and a benefactor to that ideological shift.

I hope that we become more evidence-based in our policy debates, but also consistent with a different moral and ethics, too. It is not just the science; it's the science interpreted in the context of certain human and social values that are critical.

From the Field, News & Updates